Home Entrepreneurs Cyclist must pay £100,000 to woman who stepped out in front of... 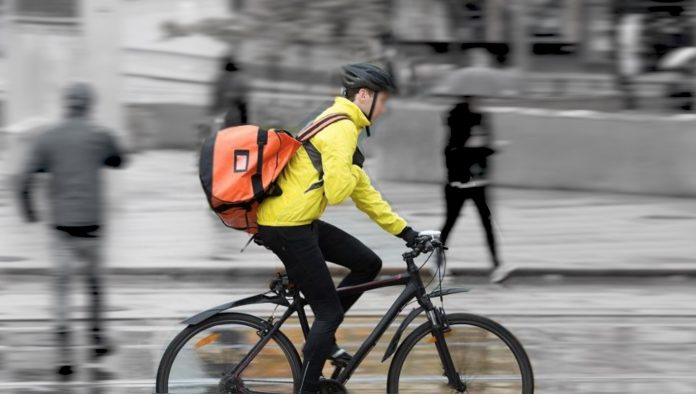 In what seems to be a huge case for civil justice with grave and far reaching implications for culpability on the UK roads a judge has ordered that a cyclist must pay up to £100,000 to a pedestrian despite the cyclist sounding a bike horn, and swerving to try to avoid the pedestrian who stepped out into his path, despite the traffic lights being on green for the cyclist.

London cyclist Robert Hazeldean collided with a pedestrian who stepped into the road while looking at her phone and the pedestrian Gemma Brushett was been awarded £4,161.79 in damages following a four-year court battle after she successfully sued Mr Hazeldean.

Hazeldean has also been ordered to pay £10,000 to cover the pedestrian’s legal fees and £7,000 to cover his own costs and his lawyers have warned him that figure could top £100,000 when the final costs are declared, which Hazeldean says will leave him bankrupt and taken a “great toll” on his mental health.

Despite the fact the traffic lights were in his favour and the pedestrian was looking at her phone whilst crossing the road Hazeldean also sounded his horn, shouted, swerved and braked to avoid the collision which resulted in both parties being knocked out unconscious.

But he is liable to pay out because “cyclists must be prepared at all times for people to behave in unexpected ways”, Judge Shanti Mauger said.

A crowdfunding site has been set up for a cyclist who has been forced to pay up to £100,000 in legal costs and compensation following the crash.

The judge said: “When I stand back and ask ‘how did the accident happen?’ it seems to me that Mr Hazeldean owed a duty to other road users to drive with reasonable care and skill.

“Even where a motorist or cyclist had the right of way, pedestrians who are established on the road have right of way.

“Ms Brushett must clearly have equal responsibility if she is crossing the road without looking – and if she is looking at her phone, even more so.

“But cyclists must be prepared at all times for people to behave in unexpected ways.”

Following the ruling, Mr Hazeldean released a statement which said: “This verdict brings to a close four years that have taken a great toll on my mental health.

“I am of course deeply disappointed with the outcome, reeling from the impact it will have on my life, and concerned by the precedent that it might set for other cyclists.

“Covering the costs and the compensation is going to exceed £20,000 and will leave me bankrupt.

“I can only hope that the focus on this case highlights the vulnerability of cyclists, both physically and against the courts, and that it might help reform a legal system that appears to leave certain road users disproportionately exposed.”

He added: “I would urge other cyclists to take out insurance through British Cycling to help protect them from experiencing what I’ve gone through.”

If Mr Hazeldean had been insured the claimant’s legal costs would have been limited to £6,690, according to his lawyers.

Although it may seem very harsh to equally apportion blame as the judge did not issue an equal ‘duty of care’ for the pedestrian to be “prepared” when stepping out into the road when road users including cyclists, cars, buses, lorries etc would be travelling under right of way, given the green traffic signal it may be that the crowdfunding will aid Mr Hazeldean start an appeal.

All road users have a duty of care but in this case that any road user (which just happens to be a cyclist) can be held equally at blame despite doing all they possibly could to abide by the law and good road sense yet a pedestrian not showing any such due care and attention can cause an accident and sue, successfully only puts the UK into a claim culture were the only winners are the lawyers and the insurance companies.